Hoax Hollow is the 88th episode in Candy Crush Saga and the third episode of World 18 (HTML5). This episode was released on 28 October 2015. The champion title for this episode is Potion Perfector.

Caramella holds a large spoon and makes a potion inside a pumpkin, and Tiffi, wearing a red witch hat, is laughing. 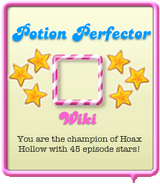 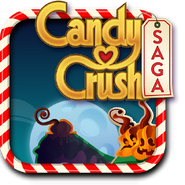