Honey Highlands is the 112th episode in Candy Crush Saga and the second episode of World 23 (HTML5). This episode was released on 13 April 2016. The champion title for this episode is Valkyrie Victor.

Tiffi helps Hilda's head fit into her helmet by loosening and tightening it back perfectly. 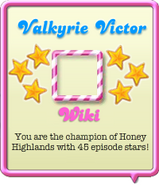 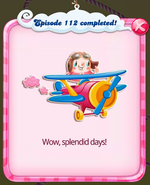 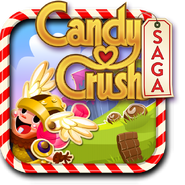