View source
watch 02:59
Wiki Targeted (Games)
Do you like this video?
Play Sound

Honey Hot Tub was the 3rd episode in Dreamworld and the third episode of World 1 of Dreamworld. This episode was released on 27 November 2013. It was the Dreamworld equivalent to the Reality episode Lemonade Lake.

The name of this episode used to be Juicy Jacuzzi, but was renamed to Honey Hot Tub on 20 August 2014 when Fizzy Falls was released.

Denize is relaxing in the hot tub.

Honey Hot Tub was generally an easy episode, with a mean of 2.67, despite the fact it had one somewhat hard level: 32 and one hard level: 24. As a result, it was slightly harder than the previous episode, Funky Factory, and its Reality counterpart, Lemonade Lake. 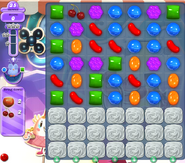 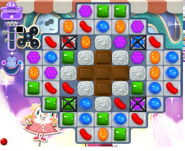