Honey Hut is the 89th episode in Candy Crush Saga and the fourth episode of World 18 (HTML5). This episode was released on 4 November 2015. The champion title for this episode is Magnificent Muncher.

Tiffi and the Bear are in the kitchen eating honey. 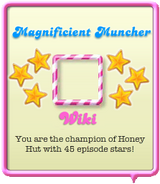 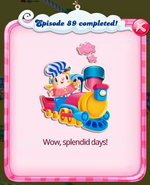 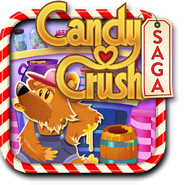