This page is about special candy. For the booster, see Jelly Fish (booster).
Not to be confused with Jellyfish (character).

Jelly fish (also known as Swedish fish in parts of the game) is a special candy in Candy Crush Saga.

This candy used to appear only in jelly levels, but starting from level 41, it can appear in any level type. Since said level, they can also appear in marmalade. For the first part of the game, they can only be seen during the jelly level's Sugar Crush or as a booster. Starting in the 17th episode, Chocolate Barn, a jelly fish could come out of a mystery candy before they were removed.

Since level 2406, jelly fish may appear by hitting the bobber.

It is impossible to create jelly fish by matching normal candies.

Jelly fish are like normal candies in that they will have a normal colour and will need to be activated. When activated, they will swim off the screen, while an ominous tune plays, three new jelly fish swim onto the screen and eat three squares at random that contain a target object. Usually, the target is jelly, such that each hit will reduce one layer, but in some levels, they might target another object according to a priority list of the level.

If there are fewer than three targets on the board, then the jelly fish will eat a candy at random.

Unless the booster is used or Candy Cannon is dispensing it (since level 39), they will never spawn, so use wisely.

During the Sugar Crush for jelly levels, for every move left, three jelly fish of random colours swim onto the screen and eat candies at random, giving 1,020 points. It will give an additional 500 points if it eats a candy bomb. However, for those jelly fish staying in the field before counting remaining moves (or spawned from bobbers), they will only eat candies and give 20 points. 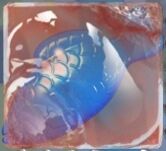 A blue jelly fish in marmalade

A green jelly fish in marmalade 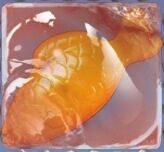 An orange jelly fish in marmalade 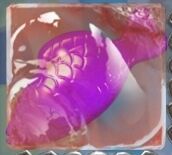 A purple jelly fish in marmalade 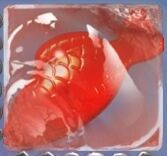 A red jelly fish in marmalade

A yellow jelly fish in marmalade 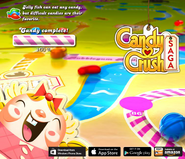 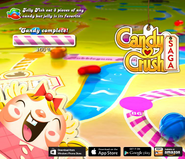 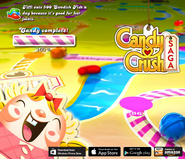 Limitation of Jelly Fish in level 280

Mobile level 562: A purple fish is about to eat a green bomb while there are more jellies.

Jelly fish did not break any locked chocolate square (mobile)

Jelly fish above a candy frog 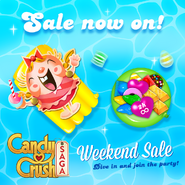 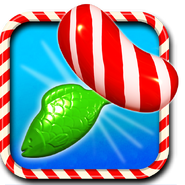 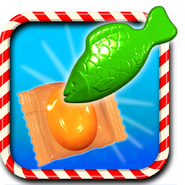 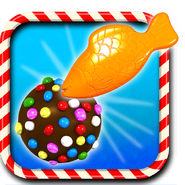 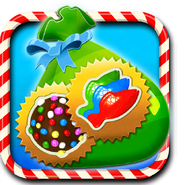 Jelly Fish appears on this packet