Jiggly Gym was the 30th episode in Dreamworld and the sixth and final episode of World 5 of Dreamworld. This episode was released on 8 October 2014. It was the Dreamworld equivalent to the Reality episode Rainbow Runway.

Tiffi and Minty wear gym outfits and take turns launching each other up in the air using a white chocolate bar.

Jiggly Gym is a hard episode, with a mean of 4.67. It has five somewhat hard-hard levels: 429, 431, 432, 433, and 435, as well as one extremely hard level: 434, and one nearly impossible level: 430, which is currently the hardest level in Dreamworld. Overall, it has around the same difficulty with previous episode, Bubbly Bog, and its reality counterpart. 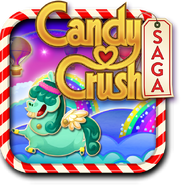 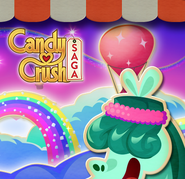 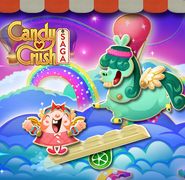 Retrieved from "https://candycrush.fandom.com/wiki/Jiggly_Gym?oldid=1618364"
Community content is available under CC-BY-SA unless otherwise noted.