Licorice Luna is the 126th episode in Candy Crush Saga and the first episode of World 26 (HTML5). This episode was released on 20 July 2016. The champion title for this episode is Astral Artist.

Allen feels sad because he thinks the Licorice Luna is too dark and boring. Tiffi helps him by painting rainbows with her rainbow brush. 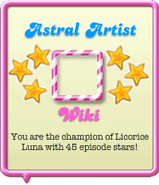 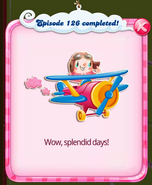 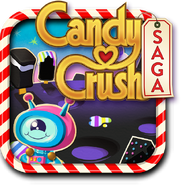