Unknown wants to listen to music, but all the music discs are broken. Tiffi replaces them with a pink one. 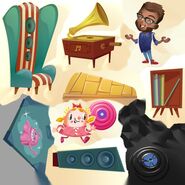 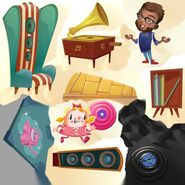 Retrieved from "https://candycrush.fandom.com/wiki/Liquorice_Lounge?oldid=1248915"
Community content is available under CC-BY-SA unless otherwise noted.