Little Star is a minor character of Candy Crush Saga. She first appears in the 45th episode, Fizzy Falls. Before introducing level 651, she is stuck on top of a roof of the pagoda. After completing level 665.

She appears on the 427th episode, Praline Pagoda. 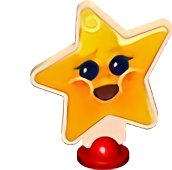 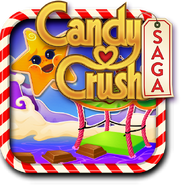