Lolli Lab is the 245th episode of Candy Crush Saga and the fifth and last episode of World 49 (HTML5).

Tiffi watches in awe as the Professor tests his new rainbow machine. 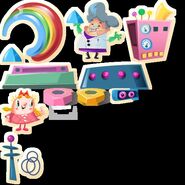 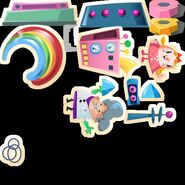 Retrieved from "https://candycrush.fandom.com/wiki/Lolli_Lab?oldid=1412538"
Community content is available under CC-BY-SA unless otherwise noted.