Luscious Lab is the 332nd episode in Candy Crush Saga and the second episode of World 67 (HTML5). This episode was released on 19 June 2019. The champion title for this episode is Tangy Tester.

The Professor shows Tiffi the new creations he made in the laboratory, which include a strawberry/banana hybrid and a cherry made of jelly fish. 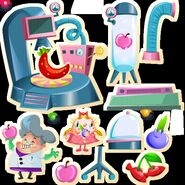 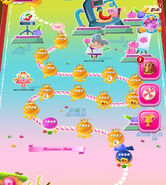 Map of Luscious Lab
Add a photo to this gallery

Retrieved from "https://candycrush.fandom.com/wiki/Luscious_Lab?oldid=1626066"
Community content is available under CC-BY-SA unless otherwise noted.