Luscious Lagoon is the 70th episode in Candy Crush Saga and the fifth and final episode of World 14 (HTML5). This episode was released on 24 June 2015. The champion title for this episode is Divine Diver.

Note: From this episode and continuing through every subsequent episode, all cutscenes are completely static.

Before Episode:
Tiffi gives a summery drink to Hippo, having relaxed under the sun.

Luscious Lagoon is an easy episode, with a mean of 2.8. However, it contains two somewhat hard levels: 1033 and 1037, and one very hard level: 1040. Overall, it's much easier than the previous episode, Tasty Treasury. 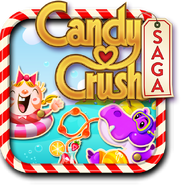 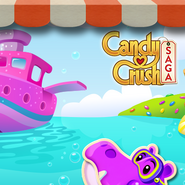 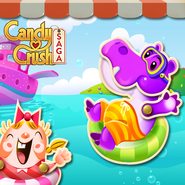 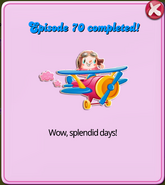