Marine Monument is the 355th episode in Candy Crush Saga and the fifth and final episode of World 71 (HTML5). This episode was released on 28 August 2019. The champion title for this episode is Aquatic Adventurer.

Tiffi and Dexter find a giant sea monster that resembles the Bubblegum Troll. 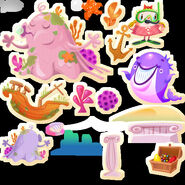 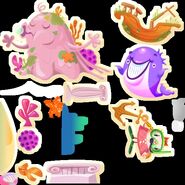