Marmalade Meadow is the 51st episode in Candy Crush Saga and the first episode of World 11 (HTML5). This episode was released on 13 November 2014. The champion title for this episode is Marmalord.

Before episode:
Boomer's harvesting equipment is clogged.
After episode:
Tiffi fixes the equipment by pumping it very tightly, revealing that it was a blue candy that clogs it.

Marmalade Meadow is an easy episode, with a mean of 2.8. It contains one somewhat hard level: 750, and two extremely hard levels: 741 and 747. Levels 747, 750, 751 and 755 used to be troublesome but got heavily nerfed. They are now much easier. Overall, this episode is slightly harder than the previous episode, Marshmallow Mountains. 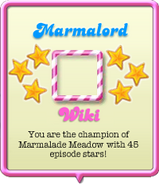 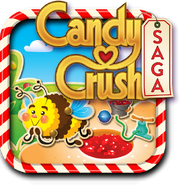 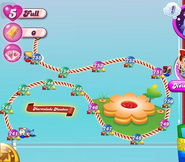