Marzipan Mine is the 111th episode in Candy Crush Saga and the first episode of World 23 (HTML5). This episode was released on 6 April 2016. The champion title for this episode is Candid Caver.

Mario uses a pickaxe to excavate the ground, searching for a rock candy. 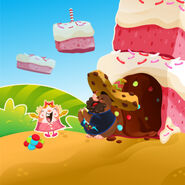 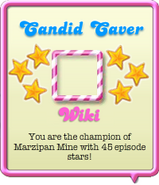 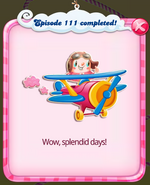 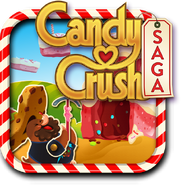