Mellow Marshmallow is the 71st episode in Candy Crush Saga and the first episode of World 15 (HTML5). This episode was released on 1 July 2015. The champion title for this episode is Flashy Fashionista.

Tiffi throws sprinkles on the Marshmallow People's hair to give them a new makeover.

Mellow Marshmallow is a somewhat easy episode, with a mean of 3. It contains one hard level: 1051, and one extremely hard level: 1053. Overall, this episode is harder than the previous episode, Luscious Lagoon. 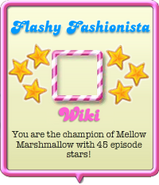 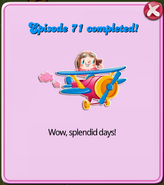 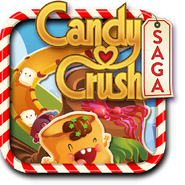