Melody Meadow is the 413th episode in Candy Crush Saga and the third episode of World 83 (HTML5). This episode was released on 1 January 2020. The champion title for this episode is Screeching Solist.

Mr. Yeti cheers for Tiffi to win the football game. 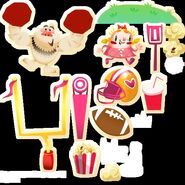 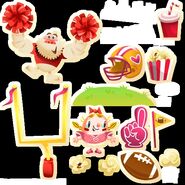