Meringue Mansion is the 178th episode in Candy Crush Saga and the third episode of World 36 (HTML5). This episode was released on 19 July 2017. The champion title for this episode is Furry Fashionista.

Tiffi and Mr. Yeti are having fun at the masquerade in the Meringue Mansion. 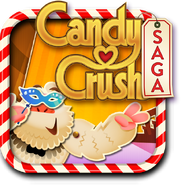 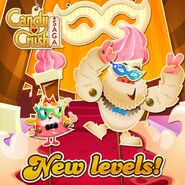