Minty Meadow is the 64th episode in Candy Crush Saga and the fourth episode of World 13 (HTML5). This episode was released on 13 May 2015. The champion title for this episode is Top Tracker.

This is the last episode which needs to unlocked by getting three tickets from friends on web version.

This is the first episode that is part of a three-episode story arc.

Before episode:
Tiffi wants to find Misty, and she walks out of the screen.
After episode:
Story continues to Cookie Crossing. 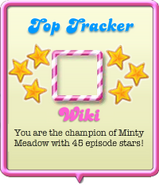 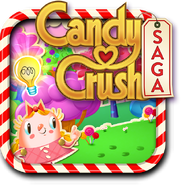 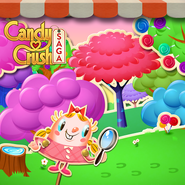