Mount Chocolympus is the 96th episode in Candy Crush Saga and the first episode of World 20 (HTML5). This episode was released on 23 December 2015. The champion title for this episode is Savory Zeus.

Shiba Inu costumed as goddess and Tiffi is surprised by looking it. 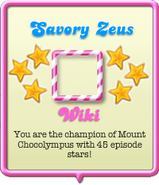 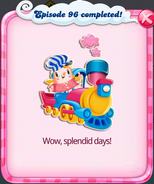 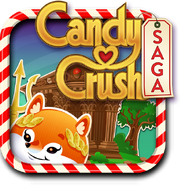