The organist is a minor character in Candy Crush Saga. He wears a face mask similar to that of the Phantom of the Opera. Before introducing level 516, when Tiffi meets up with him at the 36th episode, Sour Salon, his organ sounds corny. After completing level 530, Tiffi whips out a keyboard, and Organist reveals some funky clothing as he jams along with her.

In the 36th Dreamworld episode, Sweet Beat, he and Tiffi wear their own helmets, and enjoyed their prepared dance party. 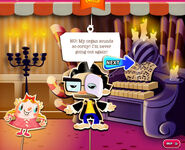 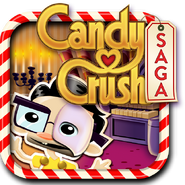