Pastry Planets is the 247th episode in Candy Crush Saga and the second episode of World 50 (HTML5). This episode was released on 8 August 2018. The champion title for this episode is Rainbow Racer.

Tiffi and Ellen are flying around planetoids and chasing comets. 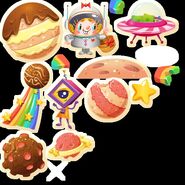 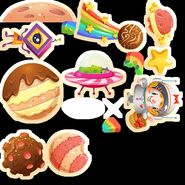