Peanut Pass is the 125th episode in Candy Crush Saga and the fifth and final episode of World 25 (HTML5). This episode was released on 13 July 2016. The champion title for this episode is Cushiony Catcher.

Tommy is stuck on a branch, and Tiffi brings a giant marshmallow so he can jump down safely. 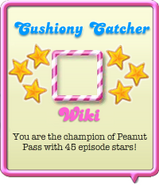 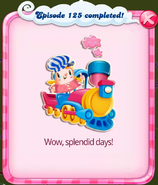 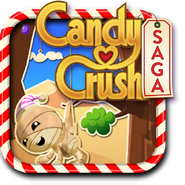