Pearly White Plains is the 24th episode in Candy Crush Saga and the fourth episode of World 5 (HTML5). This episode was released on 25 March 2013. The champion title for this episode is Fairy Godmother.

Before episode:
The episode begins with some candies falling from the sky and landing on Mary the tooth fairy's teeth. That does not hurt the teeth. Then, a giant colour bomb fell and damaged Mary's teeth. As a result, Mary becomes upset and complains to Tiffi that it is all the candy's fault. Tiffi replies that there is no problem with them and she can fix it by brushing them.
After episode:
Tiffi picks a toothbrush, brushes the teeth, and they become clean to Mary's appeal.

Pearly White Plains is an easy episode, with a mean of 2.07. It contains two hard levels: 336 and 337. However, all other levels are quite easy. Despite this, this episode is still harder than the previous episode, Munchy Monolith.

Teeth before the attack

Teeth during the regular candy attack

Teeth during the colour bomb attack

Teeth after the colour bomb attack

Oh no! My beautiful teeth are ruined!

Do not worry Mrs. Tooth Fairy! I am sure we can fix this somehow!

It is all the fault of the candy!

It is not the fault of the candy! It is all about brushing your teeth! 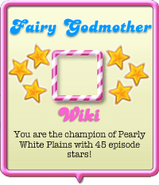 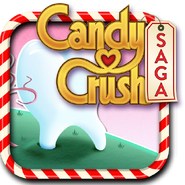