For the piñata element, see Piñata (element).
Not to be confused with Pete.

Pepe is a minor character in Candy Crush Saga. They are a piñata that is encountered in the 23rd episode, Munchy Monolith. Before introducing level 321, they had fallen from the monolith and broken apart, losing all of their candy. Tiffi comes to the rescue. After completing level 335, performs a ritual of sorts to put her piñata friend back together.

They make a cameo appearance in Syrupy Circus and is among the spectators in the circus show.

In the 116th episode, Piñata Park, they are bored, hanging all alone from a tree branch. Tiffi shows up to play with them.

In the 140th episode, Shaky Shire, they want to enjoy a picnic between the milkshakes, but has trouble getting to all the delicious snacks. Tiffi whacks the basket in a style similar to how she whacked them in the episode Piñata Park.

In the 159th episode, Cupcake Clinic, Pepe does not feel like their usual, sweet self. Tiffi gives them a scan and finds out that they are empty. She feeds Pepe the right amount of candies until they recover.

In the 213th episode, Cookie Cinema, they run out of snacks to eat while watching a movie. Tiffi comes and brings them some more.

In the 291st episode, Purple Park, Tiffi uses her knitting wool to patch them up.

In the 23rd Dreamworld episode, Zany Ziggurat, Tiffi wears his shaman hat, and dances with them. 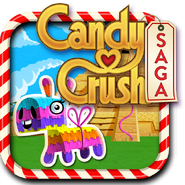 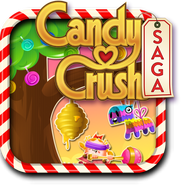