Peppermint Palace is the 9th episode in Candy Crush Saga and the fourth episode of World 2 (HTML5). This episode was released on 20 June 2012. The champion title for this episode is Minty Sultan.

Before episode:
The Genie Jellybeanie who owns the palace is upset as a "Terrible Troll" (actually the Bubblegum Troll) has wreaked havoc on his palace.
After episode:
Tiffi pulls a large rope that pulls the broken palace back into position.

Peppermint Palace is a somewhat easy - medium episode, with a mean of 3.47. It has two somewhat hard levels: 120 and 125, and one hard level: 122. Overall, this episode is harder than the previous episode, Salty Canyon.

I wish that terrible troll never showed up.

I can help you with that wish!

Thank you for saving my precious Peppermint Palace! 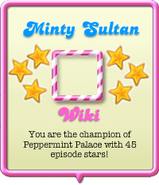 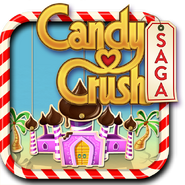 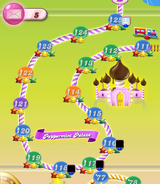