Peppermint Party is the 95th episode in Candy Crush Saga and the fifth and final episode of World 19 (HTML5). This episode was released on 16 December 2015. The champion title for this episode is Delicious DJ.

Tiffi and many other characters are at the New Year's Eve party, counting down to the New Year. 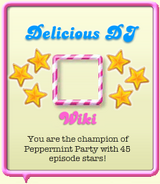 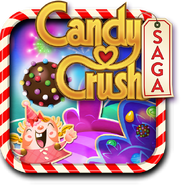