Polka Park is the 62nd episode in Candy Crush Saga and the second episode of World 13 (HTML5). This episode was released on 15 April 2015. The champion title for this episode is Bubblegum Barber.

Polka Park is a somewhat easy episode, with a mean of 3. It contains three somewhat hard - hard levels: 907, 915 and 917. Another level worth mentioning is 910, which had the highest three star target, at 9,000,000 points, at that time. Overall, it is much harder than the previous episode, Crumbly Coast. 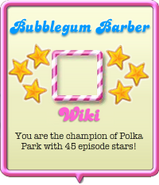 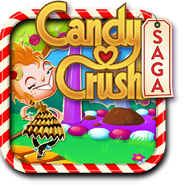 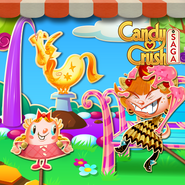