Popsicle Plateau is the 165th episode in Candy Crush Saga and the fifth and final episode of World 33 (HTML5). This episode was released on 19 April 2017. The champion title for this episode is Frosty Friend.

Tiffi and Paul are eating popsicles together in the icy climate. 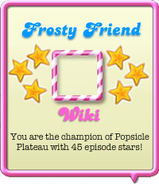 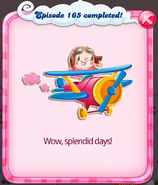 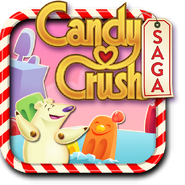 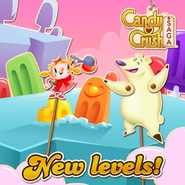