Precious Pond is the 101st episode in Candy Crush Saga and the first episode of World 21 (HTML5). This episode was released on 27 January 2016. The champion title for this episode is Clumsy Cupid.

Tiffi, on an inflatable tube, and Jean-Luc, riding a swan, enjoy their time together in a pond. 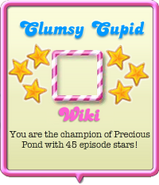 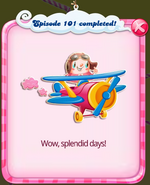 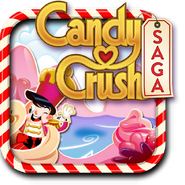