Pudding Patch is the 250th episode in Candy Crush Saga and the fifth and final episode of World 50 (HTML5). This episode was released on 22 August 2018. The champion title for this episode is Tasty Treasurer.

Tiffi finds a key to unlock the treasure chest that Captain Sweet Tooth found on the island with the silver jelly. 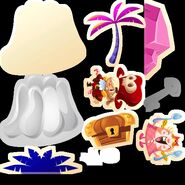 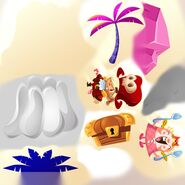