Radiant Resort is the 143rd episode in Candy Crush Saga and the third episode of World 29 (HTML5). This episode was released on 16 November 2016. The champion title for this episode is Bracelet Buddy.

Mr. Giant feels underdressed on such a luxurious beach. Tiffi uses her favorite candy to make him an ankle bracelet. 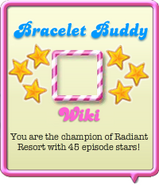 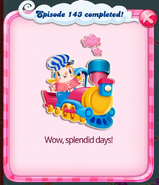 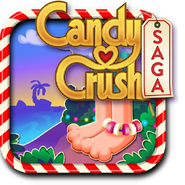