Not to be confused with the 22nd episode of Reality, Savory Shores.

Savory Springs is the 168th episode in Candy Crush Saga and the third episode of World 34 (HTML5). This episode was released on 10 May 2017. The champion title for this episode is Bubbly Blower.

Tiffi uses a straw to drink soda from the springs, while Hippo is riding on a huge geyser of soda. 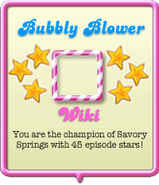 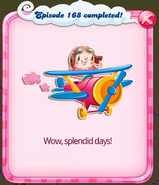 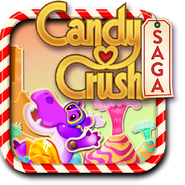 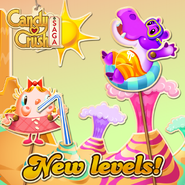