Not to be confused with Scrumptious Studio.

Scrumptious Slopes is the 149th episode in Candy Crush Saga and the fourth episode of World 30 (HTML5). This episode was released on 28 December 2016. The champion title for this episode is Sundae Sergeant.

Dexter, covered in snow, was out skiing when he suddenly trips and rolls down the slope. Tiffi adds sprinkles and a cherry on top, making him look like a delicious sundae. 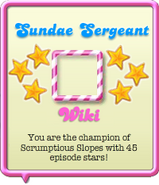 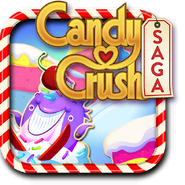