Shiny Streets is the 375th episode in Candy Crush Saga and the fifth and final episode of World 75 (HTML5). This episode was released on 9 October 2019. The champion title for this episode is Lovely Lighter.

Tiffi and Olivia celebrate the Festival of Lights. 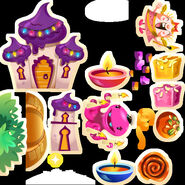 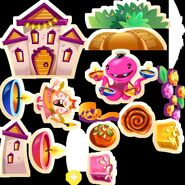 Retrieved from "https://candycrush.fandom.com/wiki/Shiny_Streets?oldid=1712843"
Community content is available under CC-BY-SA unless otherwise noted.