Siberian Sorbet is the 72nd episode in Candy Crush Saga and the second episode of World 15 (HTML5). This episode was released on 8 July 2015. The champion title for this episode is Penguin President.

The penguin gives an ice cream cone with a jelly fish on top to Tiffi. 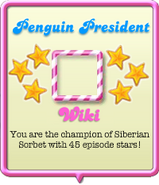 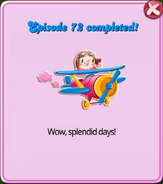 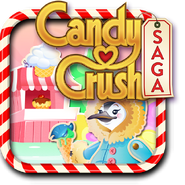