Slushie Studio is the 173rd episode in Candy Crush Saga and the third episode of World 35 (HTML5). This episode was released on 14 June 2017. The champion title for this episode is Dapper Dandy.

Tiffi sets up the projector so Dexter can watch his slideshow.

Slushie Studio is a very hard episode, with a mean of 5.87. There are one hard level: 2581, two very hard levels: 2576 and 2582, and five extremely hard levels: 2575, 2577, 2578, 2579, and 2585. There was not even one somewhat easy level until the nerf of level 2574. Another thing of note is that this episode once had five nearly impossible levels, but since then all of them have been nerfed. This episode also had a mean of 7.87 at the beginning. Overall, this episode is still difficult, but easier than the previous episode, Truffle Trench. 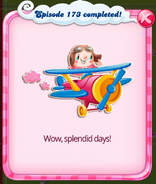 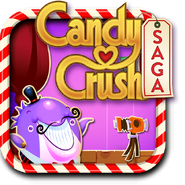 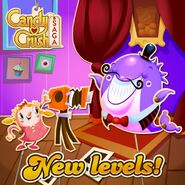