Snoozy Slopes was the 32nd episode in Dreamworld and the second episode of World Six of Dreamworld. This episode was released on 6 November 2014. It was the Dreamworld equivalent to the Reality episode Sugary Shire.

After the intense difficulty of some of the previous episodes, (except Rambunctious Riffs), Snoozy Slopes turns back the difficulty dials several notches, since it is quite easy, as most levels are lower than medium in difficulty. There is only one somewhat hard level: 463. Levels 458 and 462 are tricky, but not too hard. Overall, this it is much easier than the previous episode, Starlight Station, and its Reality counterpart, Sugary Shire. 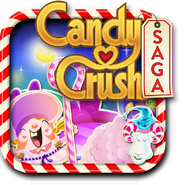 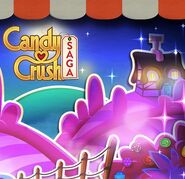 Retrieved from "https://candycrush.fandom.com/wiki/Snoozy_Slopes?oldid=1428120"
Community content is available under CC-BY-SA unless otherwise noted.