Please note that the values for Level Completed may be approximate.

Space Dash was an event in Candy Crush Saga introduced at the time when the HTML5 version on Facebook gone live. For a short time, it was exclusive on the Facebook platform, but now it applied to all mobile apps.

While this event is active, you can play levels with starting boosters as long as you complete levels without failing.

It has a "soda meter" which fills up for each level completed in a row. The booster prizes get progressively greater as the soda meter fills, and eventually, most levels can start with multiple copies of the same booster, which is not possible in regular booster selection.

The boosters included in the Space Dash do not consume your normal booster stock, so you will not waste boosters if you fail a level. The booster candies will always be provided whenever you start a level.

You can complete any level to fill up the soda meter. It empties whenever you meet the level failure screen or you simply exit the window or app.

Since the variant is regular, the event appears much of the year.

*Not counting weekends (until October 2018).

There are five levels of prizes, each progressively greater than the lower one. 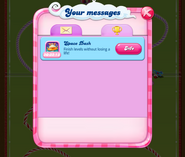 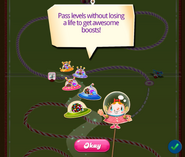 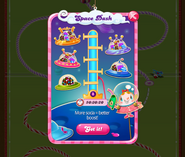 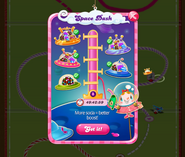 Main screen (All spaceships flied)
Add a photo to this gallery 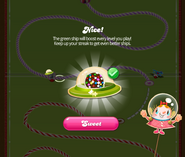 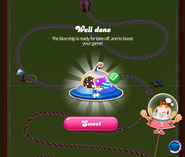 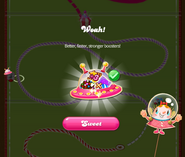 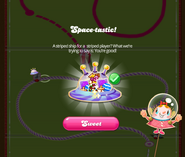 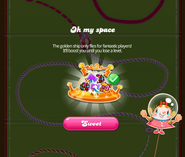 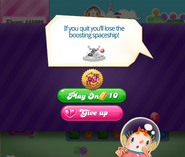 Confirmation
Add a photo to this gallery 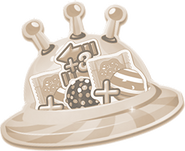 Spaceship 5 (lost)
Add a photo to this gallery