Sticky Savannah is the 37th episode in Candy Crush Saga and the second episode of World 8 (HTML5). This episode was released on 19 March 2014. The champion title for this episode is Donut Doctor.

The name of this episode used to be Sticky Savanna, but was renamed to the American spelling on April 2, 2014.

Before episode:
When Tiffi meets up with Suzy, all of her spots are missing, and as such, she believes her life is now over.
After episode:
Tiffi helps her out by painting her body with stripes. Suzy thanks her, albeit rather hesitantly.

Sticky Savannah is an easy episode, with a mean of 2.8. While it has many easy levels, it also has two somewhat hard levels: 534 and 543. A lot of the levels in this episode have candy bombs, which can be annoying. Nevertheless, this episode is much easier than the previous episode, Sour Salon.

I cannot believe it... my life is over!

What is the matter?

My beautiful spots have fallen off!

Thank you, I guess? 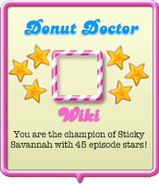 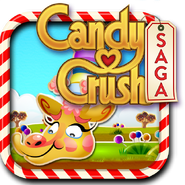 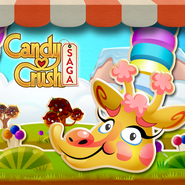 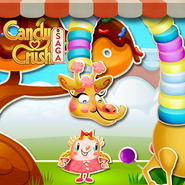