Sugary Shire is the 32nd episode in Candy Crush Saga and the second episode of World 7 (HTML5). This episode was released on 4 September 2013. The champion title for this episode is Sweetest Shepherd.

Before episode:
Tiffi meets Ramsay with candies sticking to his cotton candy fur.
After episode:
Tiffi gets a vacuum cleaner and sucks up all of the candies, freeing Ramsay from the sticky substance.

Sugary Shire is an easy - somewhat easy episode, with a mean of 2.93, as it has two somewhat hard levels: 458 and 459, and one hard level: 465. Hence, it is much harder than the previous episode, Butterscotch Boulders.

I've been caught up in a sticky situation!

My cotton fur is fluffy again! 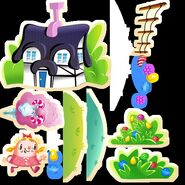 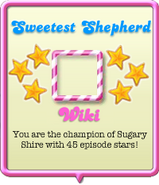 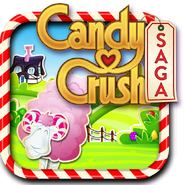