Sundae Stables is the 109th episode in Candy Crush Saga and the fourth episode of World 22 (HTML5). This episode was released on 23 March 2016. The champion title for this episode is Rowdy Rider.

Minty was stuck in a sundae swirl, and Tiffi comes along with her hot balloon to help him get out. 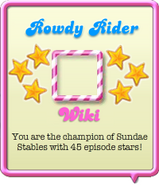 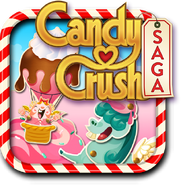