Sweet Skies is the 115th episode in Candy Crush Saga and the fifth and final episode of World 23 (HTML5). This episode was released on 4 May 2016. The champion title for this episode is Lovely Levitator.

Casey and Tiffi float across the canyon in Casey's train which can fly due to a large number of helium balloons tied to it. 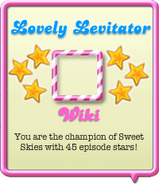 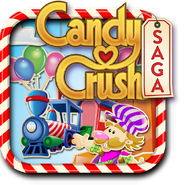