Swirly Shack is the 211th episode of Candy Crush Saga and the first episode of World 43 (HTML5). This episode was released on 14 February 2018. The champion title for this episode is Gummy Gardener. 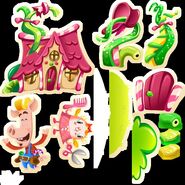 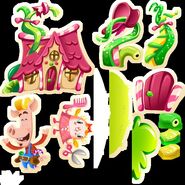