Swirly Steppes is the 154th episode in Candy Crush Saga and the fourth episode of World 31 (HTML5). This episode was released on 1 February 2017. The champion title for this episode is Twister Tamer.

Milky Moo is swept up in a giant cotton candy swirl. Tiffi joins the whirly adventure with her soda jet pack and makes sure Milky Moo looks just as fly as her.

This episode is extremely hard, with 11 levels rated very hard or extremely hard. Overall, it's much harder than the previous episode, Crumbly Crossing, with a mean of 6.8. 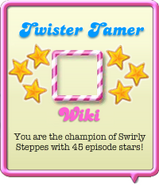 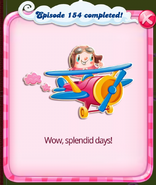 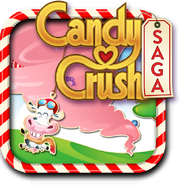 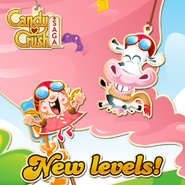