Tacky Tent is the 187th episode in Candy Crush Saga and the second episode of World 38 (HTML5). This episode was released on 20 September 2017. The champion title for this episode is Magic Maker.

This is the final world opener in the game (Flash version only).

When Magic Mort was doing magic with Tiffi, suddenly jelly starts to come out from his hat.

Technically, no new things are introduced as of now. 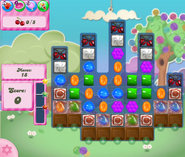 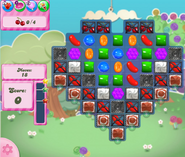 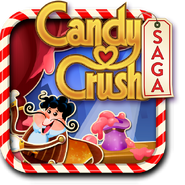