Tasty Tops is the 151st episode in Candy Crush Saga and the first episode of World 31 (HTML5). This episode was released on 11 January 2017. The champion title for this episode is Chomper Champ.

Jimmy is hungry, and there is no more grass on his side of the cliff. Tiffi helps him by making a bridge out of gum so he can cross over to the other side and eat the grass there. 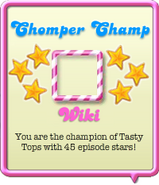 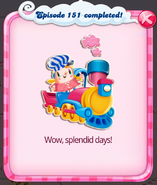 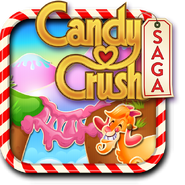 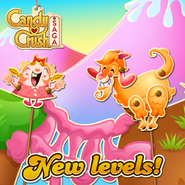