Teapot Tower is the 77th episode in Candy Crush Saga and the second episode of World 16 (HTML5). This episode was released on 12 August 2015. The champion title for this episode is Groovy Groomer. 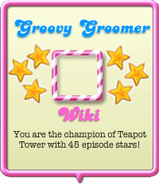 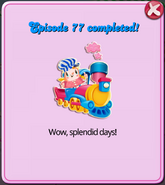 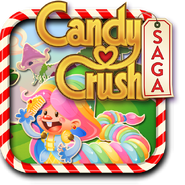