Toasty Tents is the 343rd episode in Candy Crush Saga and the third episode of World 69 (HTML5). This episode was released on 24 July 2019. The champion title for this episode is Campfire Captain.

Tiffi uses chillis to heat up the campfire so she and Gingerbread Woman can roast marshmallows. 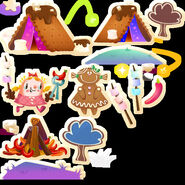 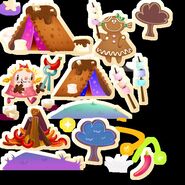