Treacle Retreat is the 142nd episode in Candy Crush Saga and the second episode of World 29 (HTML5). This episode was released on 9 November 2016. The champion title for this episode is Brûlée Barber.

The sunbathing Milly got a seaweed tangled in her hair. Tiffi combs and fixes Milly's hair, which results in a fabulous hairdo instead of removing the seaweed. 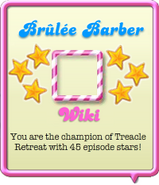 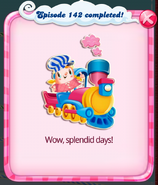 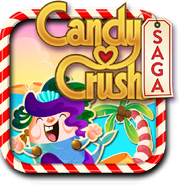